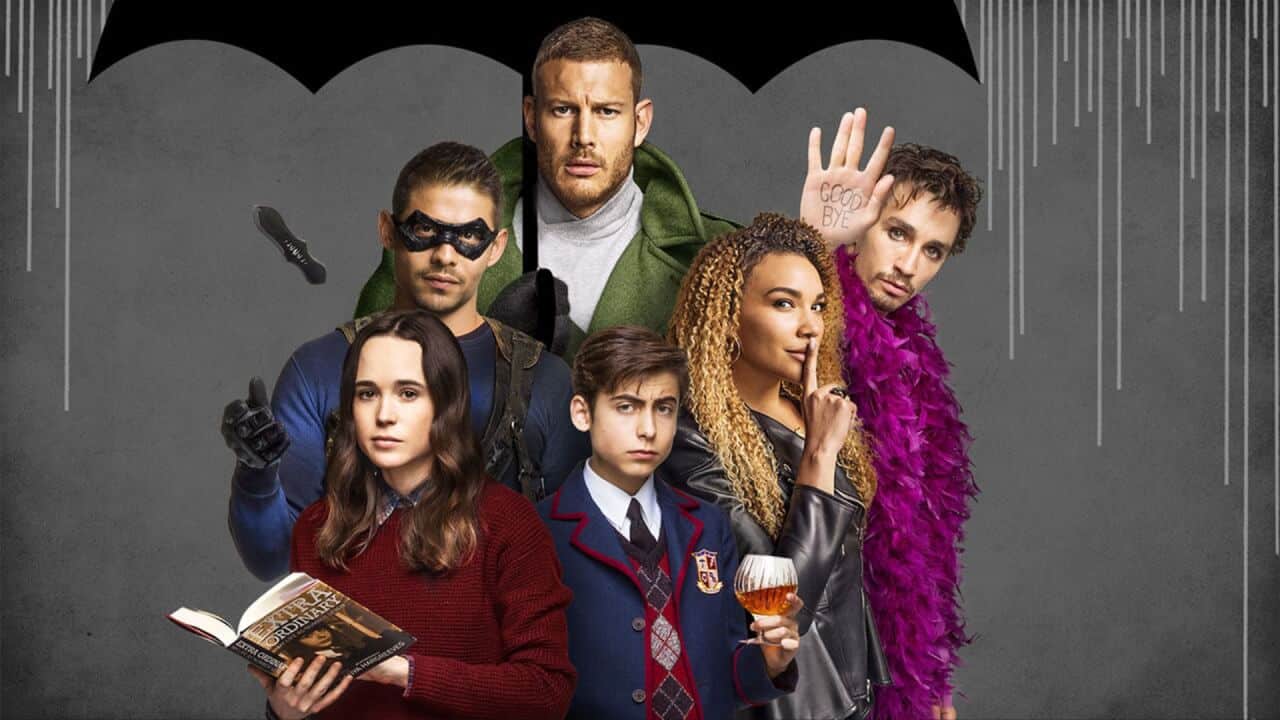 “On October 1, 1989, 43 women around the world give birth simultaneously, despite none of them showing any sign of pregnancy until labor began. Seven of the children are adopted by eccentric billionaire Sir Reginald Hargreeves, and turned into a superhero team in what he calls “The Umbrella Academy”. Hargreeves gives the children numbers rather than names, but they eventually are named by their nanny robot-mother, Grace, as: Luther, Diego, Allison, Klaus, Number Five (his only name), Ben, and Vanya. While putting six of his children to work fighting crime, Reginald keeps Vanya apart from her siblings’ activities, as she supposedly demonstrates no powers of her own.

In the present day, Luther is a part-animal who lived on the moon for four years, Allison is a famous actress, Vanya is a violinist, Klaus has a drug addiction, Ben is a ghost able to converse only with Klaus, and Diego has become a vigilante with a penchant for trouble. The estranged siblings learn that Reginald has died and gather for his funeral. Number Five returns from the future, chased by vigilantes, and reveals that a global apocalypse is imminent. Meanwhile, the reunited siblings try to uncover the secret of their dysfunctional family while beginning to come apart due to their divergent personalities and abilities.”

So do yourself a favor and watch the first season please.

In season 2, the family will have to unite once again after the time travel separated them between the years 1960-1963.

To the series, 3 new characters are joined – assassins that are looking for the family.

The producer of this amazing TV series is Steve Blackman, and the series is based on a comics that the lead singer of the band “My Chemical Romance”, Gerard Way, wrote.

The first season of “The Umbrella Academy” had over 45 million views in its first month alone. The new season will arrive to Netflix on July 31st.