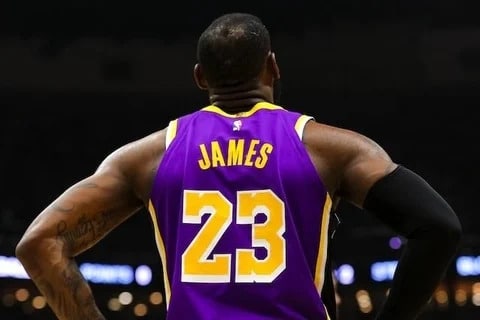 The NCAA’s worst nightmare is happening… We all know March is the time of the year every NCAA fans are waiting for – March Madness is in less than 2 weeks, but with the coronavirus outbreak threatening players and fans, it’s not sure what will happen.

Brian Hainline, the NCAA’s chief medical officer said on Friday –
“I think a worst-case scenario is that it’s played behind closed doors, it would be very, very difficult to cancel a championship and have it at any other time.”

The NBA is also gets ready for taking steps in order to ensure the safety of its players and fans. LeBron James, one of the best players in the league commented on the possibility to play in empty arenas –

On Friday, the NBA sent some instruction regarding the situation asking them to check the temperatures of staff members, players, referees and everyone else who is relevant.

The regular season is ended on April 15th.

What a great weekend it was for all basketball fans all over the world!

Let’s break it down –

In the Rookie game we once again watched team USA vs team World, but this time, team USA beat team World by a nice margine.

This game had many highlights by the promising young stars of the league – Zion Williamson, Ja Morant, Luka Doncic and Trae Young were amazing in the game but Miles Bridges took home the MVP of this game.

In the skill challenge it was Bam Adebayo from the Miami Heat who won, and was ready for the All-Star game.

The 3 Point Contest was pretty close this year with Devin Booker, who got into the contest as a replacement for Damian Lillard, lost by 1 point in the final round to Buddy Hield from the Sacramento Kings.

The Dunk Contest was something else this year! When Derrick Jones Jr won by 1 point the AMAZING Aaron Gordon!

And in the final event, the All-Star game was one of the best in the past few years. Team LeBron won 157 – 155 in the game that was dedicated to Kobe Bryant and Gigi Bryant.

NBA superstar, business man and entrepreneur, Lebron James is looking to trademark the term “Taco Tuesday”. At all started with one Instagram story and now it became a thing – Taco Tuesday. New Lakers star Anthony Davis appeared in one video and even James with a Space-Jam 2 jersey was there.

But James wants to take it one step forward and LBJ Trademarks LLC, one of Lebron’s companies, has filled an application to trademark “Taco Tuesday”.

As it stated in the application – “advertising and marketing services provided by means of indirect methods of marketing, communications, namely, social media, search engine marketing, inquiry marketing, mobile marketing, blogging and other forms of passive, shareable or viral communications channels.”

It’s seems like his move to the Los Angeles Lakers wasn’t entirely base on basketball but on business as well as the good of his family.

Lebron started shooting Space Jam 2 in July and his son, Lebron James Junior, who is known for his great potential, will play in Sierra Canyon HS alongside the son of NBA legend Dwayne Wade, Zaire Wade.

Lebron James, one of the greatest basketball players of all time, announced on his twitter account that him and his crew are starting to film Space Jam 2.

If you are not familiar with this film – Space Jam 1 is a basketball film from 1996 starring no other than Michael Jordan. In the movie, Jordan helps Bugs Bunny and his Loony-Toons friends to win a basketball match against aliens.

According to sources in Space Jam 2, Lebron managed to recruit big names such as –

Not everyone is happy with that. Basketball legend and analyst Charles Barkley, who was a part in the original movie said in an interview – “Not at all. Well, listen, I don’t care. Space Jam 1 was amazing. We don’t need 2. Space Jam 1 was a classic. I don’t like when people try to imitate something that was already good.”

And What It Says On The Future of New Orleans?

The Lakers basically gave their young core and become a championship contender -the Lakers has 1 more spot to land a superstar to play alongside Davis and Lebron James.

Lonzo and Ingram showed flashes of greatness and now has a new home to develop their craft outside the spot lights of L.A.

New Orleans also drafted 2 interesting prospects in the 8th and 17th picks (they turned the no.4 pick into those picks) – Jaxson Hayes and Nickeil Alexander-Walker.

In my opinion, both teams got what they were looking for and time will tell who got the best bargains in this trade.