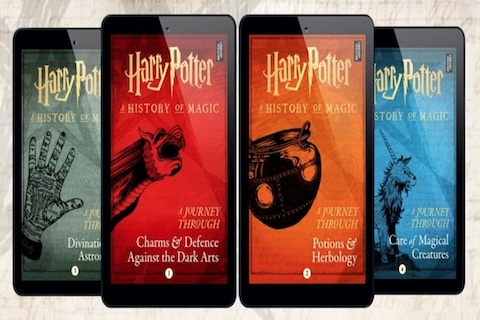 The famous author, J.K Rowling, announced that next month 4 new Harry Potter stories will be released! So, if you thought you won’t hear from Harry Potter in the future you were wrong!

It was confirmed on Pottermore, J.K. Rowling’s website, that in June, the eBooks will be released. And on that site, Rowling shared a bit of information about what we should expect from the new series of books.

The eBooks will be Hogwarts lessons’ based and will be illustrated by the artist Rohan Daniel Eason.

It says on Pottermore: “Prepare to delve deeper into the rich history of magic (be it our own Muggle history, or the magical world created by J.K. Rowling) with this new series of eBook shorts, inspired by the British Library exhibition and its companion books, Harry Potter: A History of Magic. In addition to exploring the origins of magic through history and folklore, the eBook shorts will also feature notes, manuscript pages and charming sketches as previously seen in Harry Potter: A History of Magic”.

The sort stories will ‘take you back in time once again to learn about the traditional folklore and magic at the heart of the Harry Potter stories’.

The names of the eBooks are –

Harry Potter: A Journey Through Charms and Defence Against the Dark Arts

Harry Potter: A Journey Through Potions and Herbology

Harry Potter: A Journey Through Divination and Astronomy

Harry Potter: A Journey Through Care of Magical Creatures

“The first pair, themed on Charms and Defence Against the Dark Arts, and Potions and Herbology, respectively, will be published on 27 June, while the others will follow soon after. Stay tuned!”